I’m always down to check out restaurants with a great wine selection, so when my good friend, and wine mentor, mentioned el Carajo for dinner – I was game! Located in an inconspicuous gas station (yes, a gas station), this tiny Spanish tapas restaurant packs a bunch of flavor on the palate with its food and wine selections. Walking into the gas station, I was shocked to see such a quaint and charming restaurant. With its old-world vibes and legit wine cellar (with $1,000+ bottles), I knew I was in for a treat. 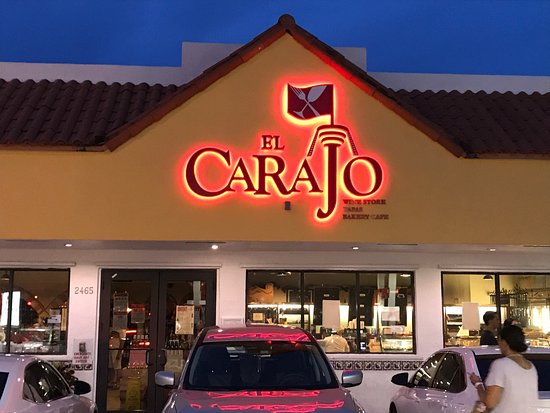 We ordered a few tapas to start – grilled octopus, chorizo, and patatas bravas – while we worked on a bottle of Pesquera Ribera del Duero Tinto 2014. The original bodega was founded in 1972 by Alejandro Fernández, a living icon of modern Spanish wine. He was one of the first in his country to return to biodynamic, low yield viticulture to produce concentrated oak-aged red wines capable of extended bottle aging. The vineyard creates almost exclusively Tempranillo, in a range of soil types including a locally-rare gravel deposit. This wine was burgundy in color and had long legs on the glass, and smelled of dark fruit with some earthiness to it. On the palate, the red fruit shined through with hints of vanilla. It had just the right amount of sweetness with nice tannins. I really enjoyed it. You can get it online for about $30. 4/5.

Next on the lineup was a bottle of La Rioja Alta Vina Alberdi Reserva Tinto 2011. Highly regarded for distinctive and age-worthy red wines, Rioja is Spain’s most celebrated wine region. Made up of three different sub-regions of varying elevation—Rioja Alta, Rioja Alavesa, and Rioja Baja—wines are typically a blend of fruit from all three, although single-zone wines are beginning to gain in popularity. This vineyard, in particular, was established in 1890. The wine was deep burgundy in color and also had nice legs that glided slowly. I got intense red fruit, like berries, in particular, on the nose. It was well-balanced and complex on the palate with berries and slight tannins. We paired it with garbanzo beans, churrasco, and bacon wrapped dates. I really enjoyed this one as well. You can get it online for about $18. 4/5.

Last, but not least, we ended the night with a bottle of Conreria d’Scala Dei Black Slate Escaladei 2015. Black Slate Escaladei, a blend of Garnatxa, Cabernet Sauvignon, and Carinyena sourced from the foothills of the Montsant mountains. It stands out among its Black Slate siblings as the most elegant of the lineup being inclined more towards red fruit than black, with a high-toned minerality and spiciness. It is selected from fruit aged in foudre and French oak demimuids. The wine is dark ruby red in color and smelled very fruity. There was also a certain level of jamminess on the palate, kind of like licking strawberry or grape jam, with a hint of spice. It was on the sweeter side, probably from residual sugar. After tasting the other two wines, this one was a little sweet for my taste. We paired it with more bacon wrapped dates and croquetas (ain’t nothing wrong with some sweet and savory). The average price online was about $19. 3/5.

All in all, we ended the night with some great wines, lots of laughs, and fun times. If you ever find yourself on Coral Way, I highly suggest you stop by el Carajo and drink/eat the night away. Cheers!